stress on heart and home?

But we will try

by digging into wells of

Don’t know what is available

but determined we are

to be decent, considerate

and surely He will.

They had come to celebrate. Late autumn rains outside the auditorium made no difference. Parking lot was full and seeming strangers exchanged welcomes as they shook off umbrellas and coats in the foyer.

Inside the musicians were at their testing exercises, as the pastor and party came up to the dais. The evangelist shone exceptionally as he reviewed the gathering, and imagined how the message would shake up sacred cows and demonstrate joy unspeakable. It was in him for the sake of the prayers and meditations offered up. He was going to be the astounded newsboy for Jesus. Brother Schambach. Man in touch in real terms with the people’s hurts and hopes. No great persona. No Doctor this or that.

And how the people watched eagerly as the love affair began. “Get up on your feet folks. This is Jesus we’re gonna meet tonight. Tell your neighbor to get ready for his miracle.”

Organist got the nod and a rousing beat and chorus began. Hands clapping around the large room. Some women up front starting to prance. High heels notwithstanding. And one young athletic man, coat thrown onto his chair, jumping, seemingly higher and higher, with the brightest of smiles.

Many of the other older ones could at least manage an upraised arm and a knowing gaze with eyes closed. The lyrics told the story:

And always will be God.

Not the sounds of Luther or Cowper or Watts with that awesome historic grandeur. But fresh songs of the heart’s experience right now in the comfort and calling of the Holy Ghost. And He was always expressed as the HO-ly Ghost with uumph from the diaphragm. He was the one who always drew attention to Jesus, the Matchmaker, if you will.

Toward the back and the outer aisles one could see the doubters and the assayers. Quiet. Sitting on their hands. Mumbling between themselves. Largely doubting the rapt faces beginning to glow all around. Was this a culture or an expected performance or a “showiness” in the Spirit?

It was entertaining to see them begin to smile and clap their hands as well. Yes this was celebration, and Jesus was worthy of something much more than rote.

I wondered how they would react after the praise and before the sermon when perhaps a word or two in tongues would issue with the interpretation. I thought of Paul’s words, “though I speak with the tongues of men and of angels, and have not charity…”

Was this something entirely beyond personal preference? A holy order of sorts and orchestrated far beyond the imaginings of the happy people in this room. I had so concluded years back. One Methodist turned Anglican, turned Pentecostal…

(Note: Some of the best of testimony. My family rejoiced at several of his meetings. His stories of faith were always arresting and brought on happy, moist cheeks in hope. We would often drive out into the country at night to get better radio reception for his weekdays broadcast The Voice of Power.)

What should one do

With this Christ force now come.

What must be shifted

How now to clean up

All points to “me”

And the disciplines needed

Is this the way

That the sanctified win?

Or must I set it all

Way in the background

To get the job done.

Yes and quite naturally

Now I behold it

And display the Son.

And about that song…

we started out knowing

the context was good

and Isaiah 40 a favourite one.

buddy Dante had a voice

but masculine for sure.

and then he hit that line

I’m gonna wait on you.

the room seemed to explode.

rocking and bobbing and smiling.

true to her form in praise.

at this apparent hit

(spiritual hit that is).

Chandler, ever the musician at the switch

checked the pulse and upped it another

not a one holding back.

he the song leader

happy part in this one.

I’M GONNA WAIT ON YOU.

happy faces all around.

And that loved one struggles

With the realities of each new day

For that kind of deliverance

Elisha or some other hero

And make it sweet.

The one I love would

Nestle at your feet

If you were here.

She needs you now.

Still waiting on you.

And knowing that you

Are good and able

And willing to come through. helpful library of ebooks, poems and thoughts to the glory of Jesus posted by doug blair 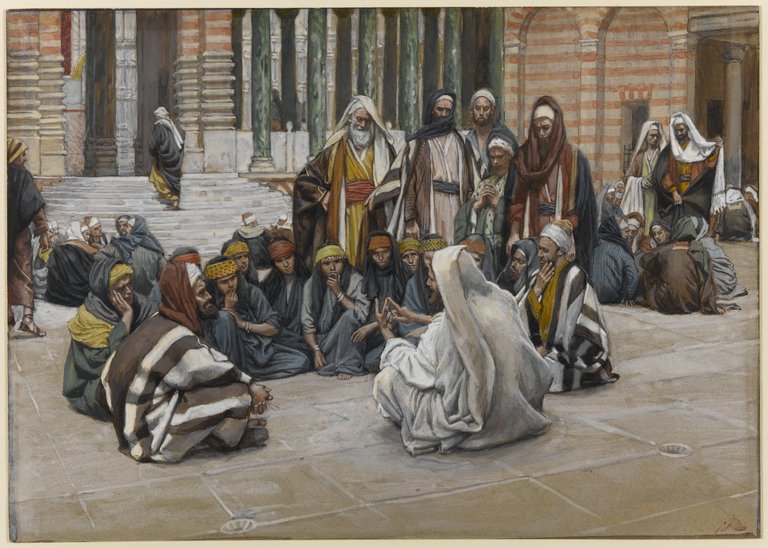 From Our Easter Blog

Back to the Well